The Mayor of London Sadiq Khan has started a competition to see which of the capital’s boroughs deserves the title of London Borough of Culture. And in Greenwich, they’re sure they’ve got what it takes.

When we heard about the Greenwich bid to become the Borough of Culture at Fantastic Services, we jumped at the chance to pick up our spades and transform some beaten patches of land close to the local Foxfield Primary School.

At Fantastic Services we’re always looking for ways to contribute something to the local community – especially if it fits with one of our areas of expertise! So when we learned of Greenwich’s culture bid, we got in touch to see if they wanted a helping hand or two.

The areas of barren land saw the start of work by a Fantastic Gardeners team on the 27th September. On the 28th, a group of pupils and volunteers from the nearby Foxfield Primary School joined the team to finish the flowerbeds they’d created.

We’re planning on working our magic on a third of the Royal Borough of Greenwich’s flowerbeds too. You can read a little more about Fantastic Services and Greenwich council’s flower power by following the link to the council’s website.

Greenwich’s plan to become the London Borough of Culture

In addition to generally sprucing up the area by improving facilities and changing barren land into flowerbeds, Greenwich Council has got some serious firepower on their side when it comes to putting the borough ahead in the competition:

You can find out all about London Mayor Sadiq Khan announcing the borough of culture competition on the BBC News website.

The prize of funding for a program of cultural events for 2019 or 2020 would be a great and well-deserved win for the local area. If you live in Greenwich and want to get involved in the bid, the borough council are asking for suggestions and comments on Twitter.

A splash of colour has been added by @Fantastic to 2 of the Glyndon Estate’s flowerbeds opposite @foxfield this week https://www.royalgreenwich.gov.uk/news/article/1035/london_borough_of_culture_bid_boosted_by_flower_power pic.twitter.com/XW9G7wF68G

Wonder how it all went out? Check out the pictures in the gallery below! 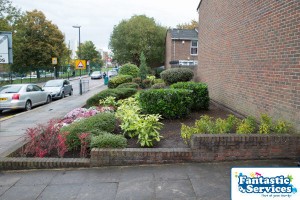 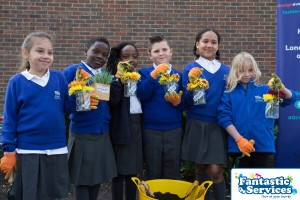