Fantastic Services is always looking for a way to give something back to the community. And with so many parents in the company, we’re all too aware of how much budgetary pressure UK schools are under these days.

So when company co-founder and director Anton Skarlatov found himself sitting in gridlocked London traffic watching schoolchildren trying to get across, he quickly started seeing if the company could do anything to make the situation safer.

And now the road safety campaign he began with Fantastic Services just keeps on growing.

Fantastic Services needs plenty of high visibility jackets so that the pros delivering many of our wide range of services can work in safety. So the natural place to start was to reach out to the suppliers of these vests to see if they could make child-sized versions.

When they said that they could, we got in touch with a local school trust which is close to the hearts of many of the Fantastic team to see if the vests were something they’d be interested in.

With a resounding “yes!” as a result, we started to reach out to other local schools which – thanks to our Facebook campaign – had already heard that we were donating child road safety vests and were keen to get on board.

The Road Safety Campaign with Fantastic Services So Far

Here’s how the initiative has been proceeding up until now:

The overwhelmingly positive response from the schools we’ve contacted or who have reached out to us has meant that we’ve decided to expand the campaign. We’ve already had our campaign featured in Independent Education Today and Academy Today. Overall, we’re hoping to reach all of London to begin with, and then perhaps expand across the rest of the UK if possible!

When is Road Safety Awareness Week?

Road Safety Awareness Week is coming up in the UK starting lasting from the 20-26th November too. Considering situations like that which Anton witnessed and the increasing numbers of cars on the roads, it’s a campaign that deserves all the support it can get.

Follow the link above to get involved in raising awareness. Or if you think your child’s school would benefit from a donation of Fantastic child road safety vests, please don’t hesitate to get in touch.

Wonder how it all went out? Check out the gallery below! 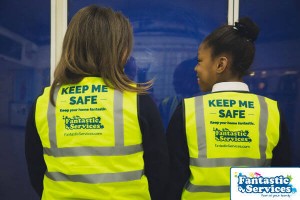 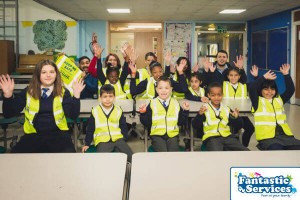